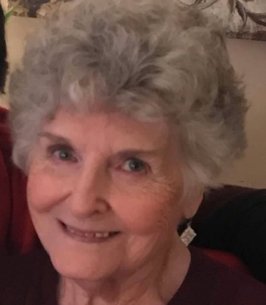 Virginia Cox Steingruber Allen stepped into the arms of her Lord and Savior, Jesus Christ, June 9, 2022 at the age of 91 in Wetumpka, Alabama. She was born in Tupelo, Mississippi, January 15, 1931 to Charles F. and Eutalla Cox. Virginia spent her early years in Tupelo, Aliceville, Alabama, and Dallas, Texas. She attended high schools in Dallas, Texas and Aliceville, Alabama and attended Clarke College in Newton, Mississippi.

At the age of 20, she married George Steingruber and they were together 45 years until his death. Later, she was wed to Buzz Allen until he passed away in 2015. Both of her husbands were also believers.

Virginia was always interested in business and worked most of her life. She worked for many years at George’s photography studio, Al Stein Studios in Meridian, Mississippi. She later held jobs at bowling establishments and trophy shops. Later in life, she became a real estate broker in Jackson, Mississippi. She spent most of her retirement years in Prattville and Wetumpka, Alabama.

Virginia will always be remembered for her intelligence and very quick wit. She loved to travel and read and learn new things but probably loved most of all to be around family, both near and far. Everyone who knew her has a good story and most likely remembers a time when she gave helpful and/or encouraging advice. She loved to sing hymns and anyone who got to hear those was surely blessed!

Besides her husbands and parents, Virginia was predeceased by her stepdad, Mike Hammond, and by two brothers: Michael and Tim Hammond. She is survived by a sister, Marilyn McBride of Aliceville, Alabama; children: Donna Torres (Al) of Wetumpka; Billy Steingruber (Sue) of Carrollton, Texas, and Susan Dale of Ft. Worth, Texas; and two stepdaughters: Barbara (Jay) McMullen, and Cathy (Rudy) Muhlberger. She also leaves behind 4 grandchildren: Mike Belvin, Stacy King, Robert Steingruber, and Carrie Steingruber Binns. Finally, there are 7 great grandchildren who, like the others, were dearly loved by her.

The family will receive friends, Monday, June 13, 2022 at 10:00 a.m. with the funeral service at 11:00 a.m. at Gassett Funeral Home Chapel with Minister David McLemore officiating. Burial will follow at a later date in Jackson, Mississippi.

The family would like to thank Dr. Joel Bolen for his personalized care for Virginia, especially over the last months.

All who knew Virginia will miss her greatly but look eagerly to the day when we will see her again!

In lieu of flowers, donations can be made to Our Daily Bread Ministries or The Salvation Army.