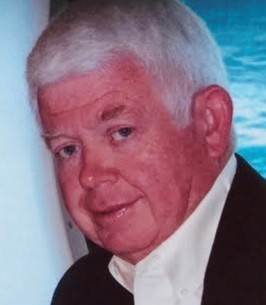 Robert (Bobby) Hartwell Borden, age 79, a resident of Montgomery and Lake Martin, passed away August 27, 2022 following a long battle with cancer. A memorial service will be held August 31 at noon at Children’s Harbor Chapel with Larry Little and Jim Ray officiating. Bobby was preceded in death by his mother and father, Joseph and Elizabeth (Stanley) Borden. He is survived by his wife of 54 years, Carole (Durham) Borden; his children Robb Borden (Allison), Kelly Grooms (Adam), and Connie Durham Moore (Billy); his seven grandchildren Lawson, Tatum, Price, Wesley and Hill Borden; and Spencer and Sadie Grooms; along with his siblings Charles Borden (Sylvia), Stanley Borden (Debbie), and Betty Jo Campbell (Sonny). He was a member of Eastern Hills Baptist Church for 35 years and attended Children’s Harbor Church for 20 years. Honorary Pall Bearers are Lawson and Price Borden, Spencer Grooms, Scott Morgan, Rory McKean, Jeff Maloof, and Brian Moehler. In lieu of flowers, donations can be made to Children’s Harbor.

Bobby grew up on Ryan Street and attended Capitol Heights Jr High as well as Robert E Lee High School. He graduated from Auburn University with a degree in Mathematics, which he’d use to become an Architect and practice for almost 60 years. He began his career with Watson and Nichols Architects, and in 1985, he partnered with Rory McKean in starting their own firm, which later would become Borden McKean and Payne Architects.

Bobby loved life and laughter and always had a smile, which combined with his red hair, earned him the nickname “Sunshine.” When he was young, he could be seen around Capitol Heights riding his homemade double-decker bike. He’d hitchhike to Auburn when he couldn’t find a ride, and once got in a car with a buddy and drove to California with $30 in his wallet. He was a “do it yourselfer” before DIY was even a term, as he always had several projects going at a time. With the personality of a perfectionist, he believed in getting it right from the start, which helped with his furniture building hobby but made it difficult on General Contractors he worked with. Bobby loved to read, especially westerns. He had a lifelong love for the lake, purchasing a cabin in 1981, where he and Carole would later move and spend his final 23 years, solidifying lifelong friendships, as well as building new ones. He took up snow skiing at age 55 and fell in love with the mountains, the snow, and the family time the ski trips would bring.

In his final decade, he lived every day as if it were his last and thanked God for the gift of each new one. He fought for time, was purposeful in his living, and was thankful for his lifelong partner, wife and caregiver, Carole, for being with him through all of it. Bobby was a strong man, and he knew his battle had already been won for him because of the cross. He loved Jesus, loved his wife and family, and loved his friends. His sunshine will always be missed.