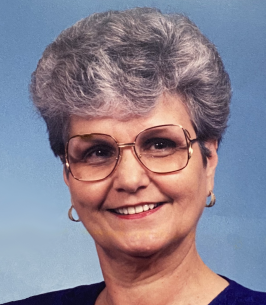 She was born to Davis Carl Duck and Cora Lou Adams Duck on October 10, 1939, in the Crossroads community of Baldwin County, Alabama. She was a devoted wife, mother, sister and friend who sought to put God first in her life, demonstrating that through her love for others.

Dean graduated from Baldwin County High School in Bay Minette, Ala., and attended William Carey College in Hattiesburg, Miss. She worked for banks, financial institutions, and an insurance company early in her life, and operated a successful wedding catering business for several years, but was most at home working in church administrative support roles at First Baptist Church of Pine Hills, Orlando, Fla.; First Baptist Church of Daytona Beach, Fla.; and Rocky Bayou Baptist Church, Niceville, Fla. Her exceptional memory made her a trusted resource for church members’ phone numbers and addresses before the age of web searches.

She used her gifts of cooking and hospitality in service to others, coordinating weekly fellowship meals for hundreds of people at churches in Florida and Alabama. She worked tirelessly to provide others with opportunities to enjoy time together. She also taught women’s Bible study classes throughout her life. She enjoyed singing and committed a countless number of hymns to memory.

Dean married Jerry Rayvon Hudson on September 22, 1989, in Shalimar, Florida. They shared in ministry and service endeavors throughout their 32-year marriage. They enjoyed traveling across the region and regularly attended the Southern Baptist Convention Annual Meeting for many years. The Hudsons were members of the First Baptist Church of Shalimar, Fla.; before moving to Elmore County in 2007, where they became members of Thelma Baptist Church in Wetumpka.

Dean was previously married to Sidney Lavonne O’Gwynn for 27 years and has two children from that marriage.

She is survived by her husband, Jerry Hudson, of Wetumpka; sons Marty (Deborah) O’Gwynn of Taylors, S.C.; and Russell “Gator” O’Gwynn of Milton, Fla.; four grandchildren, Andrew (Melanie) O’Gwynn of New York City, N.Y.; Timothy O’Gwynn of Oklahoma City, Okla.; Ariel (Zac) Martin of Trussville, Ala.; and Haleigh O’Gwynn of Pinson, Ala.; a brother, Harold (Carolyn) Duck of Spanish Fort, Ala.; a sister, Nina (Ken) Hofman of Stapleton, Ala.; and several cousins, nieces and nephews. She was predeceased by two sisters, Nell Duck Jaye and Lina Grace Duck; and two brothers, Dwight Duck and Wayne Duck.

The family would like to acknowledge and thank her caregivers from Home Care Assistance, most notably Naomi Urquhart; and the staff of SouthernCare New Beacon Hospice.

Visitation with the family will be from 1-2 p.m. on Sunday, February 27, at Gassett Funeral Home Chapel, 204 East Charles Avenue, Wetumpka, Ala., with a memorial service immediately following at 2 p.m. conducted by Rev. Larry Corder and Rev. Tony Gibson.